The Summer of Love occurred in the Haight-Ashbury area of San Francisco in 1967. Tens of thousands of young people converged on the neighborhood for music, drugs, and free love. Max Tomlinson chose this setting to begin his novel, Vanishing in the Haight.

Margaret Copeland, problem child in her wealthy family, left home to join the thousands gathering in Haight-Ashbury. However, sharing a mattress with strangers in a noisy, smoke-filled room has lost its appeal. High and clutching a dime Margaret is on her way to a pay phone. She wants to go home but a stranger who knows her name is waiting. Her body is found in a nearby park beaten, raped and suffocated with a dry cleaning bag.

The San Francisco police attributed her death, despite inconsistencies, to the Zodiac killer. Her family was not convinced and now 11 years later her dying father wants the truth. His hope is that Colleen Hayes can find the man responsible for Margaret’s death.

At first glance Colleen is not an obvious choice. She’s on parole after serving 9 years for manslaughter. She killed her husband when she discovered he molested their 8 year-old daughter, Pamela. She does have a business, Hayes Confidential, but is awaiting her PI license.
Colleen came to San Francisco a year earlier to reconnect with her daughter. In her search for Pamela she found the body of a young woman and helped Dan Moran of Santa Cruz Homicide find the killers. Impressed by her tenacity, Moran is the reason Edward Copeland wants to hire her.

The only job Hayes Confidential has is guarding an abandoned paint factory where Colleen is also living. This is where Edward Copeland’s lawyer finds her. Unsure about taking on the case Colleen doesn’t say yes or no. The decision is made for her by an early visit the next day from her parole officer. After Colleen declines his advances, he deems her living situation is a parole violation. She agrees to look into Margaret’s murder for much needed money and legal help with her parole officer.

Colleen starts digging and one of the first things she wants is a look at the police file. Futile requests have been made by the family before but she goes ahead with the paperwork. As she works her way from one desk/department to another at SFPD, calls are made alerting someone to her request.

She doesn’t get the file but she has the name of the investigating officer and tracks him down. Forced into retirement soon after Margaret’s death, Jim Davis agrees to meet and bring his copy of the murder file. But someone doesn’t want Margaret’s killer found and Davis is killed before he can talk.

The tension builds as Colleen follows clues and evidence that was ignored in the initial investigation. We know the police were protecting someone in the summer of 1967. How far will they go to shield a killer? A killer who is back and stalking his next victim. Colleen wants justice for both Margaret and Jim but can she find the truth before there is another death?

Tomlinson has penned a tough, tenacious heroine in Colleen. She’s smart, has a strong desire for justice, and can be gently compassionate. It is interesting to have a novel set in a time when you had to have dimes for the pay phone, the library was the place to go for research and finding addresses, and you put on bell bottoms and platform shoes for a night out.

This was billed as a book one in the Colleen Hayes mystery series. The second book, “Tie Die”, is out and I’m looking forward to Colleen’s next case. 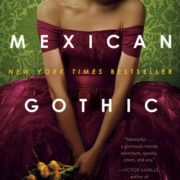 The Hardest Job in the World: The American Presidency by John Dickerson
Scroll to top