I recently finished the Stella Crown mysteries by Judy Clemens. Stella is an interesting character, a tattooed, Harley-riding dairy farmer. Set in Pennsylvania, the series highlights the hardships of small dairy operations and provides some insight into the Mennonite community.

After finishing the last book I used NoveList in our catalog (a reader’s advisory tool the library subscribes to) to find similar books. It’s easy to use. Search for your title or author, choose Full Display (below Where Is It in the catalog) then scroll down.

Depending on the title you may see all the books in the series, read-alikes for the title, author, and series, story elements, reviews and more. Story elements are the parts of a story such as character, plot, and setting. I chose the story elements of atmospheric and intricately plotted then wandered through the results.

One click led to another and I found The Perfect Stranger by Megan Miranda. Miranda writes psychological suspense which is not the genre for the Stella Crown books. But like Clemens, Miranda has crafted an intricately woven plot that keeps you turning the pages.

Leah Stevens had it all, an apartment in Boston, a budding romance with Noah and the journalism career she’d work so hard to get. Then it was all gone.  She had a routine assignment to write a piece about the lack of mental health care on a college campus with 4 suicides in the last year. But the circumstances of the last suicide were too familiar to Leah and the story became something else entirely. Consumed with finding and printing the truth Leah steps over the line. Once published the fallout from the story costs Leah her job and Noah.

At her lowest Leah runs into Emmy Grey. Leah had roomed with Emmy 8 years earlier while she worked an unpaid internship that was a requisite for her job. Even though they had lost contact Leah was thrilled to see an old friend. After too much vodka and desperate for change Leah agrees to leave Boston and move with Emmy to western Pennsylvania.

Leah’s new beginning is teaching writing to disinterested high school students and living in a rustic rental with a front entrance of sliding glass doors. Emmy’s job working evenings at a motel means the two friends usually pass each other coming and going. To complicate matters Leah has attracted the attention of one of the married high school coaches and receives unwanted emails and late night phone calls.

On her way out one morning Leah leaves a note to let Emmy know the rent is due. When it blows it under a shelf she finds other notes she’d left for Emmy and realizes she hasn’t seen Emmy for days. Emmy doesn’t have a cell phone and has never given Leah the name of the motel so there is no way to check on her.

On her way to the school Leah passes a roadblock at an area near the lake. Worried about Emmy she stops to investigate. It is not the car accident Leah feared but an injured woman, a stranger to Leah. Heading on to school Leah’s thankful she avoided the police and that the victim it is not Emmy.

Called to the office during her first period she finds her contact with the police was delayed not avoided. The prime suspect in the attack on the victim, Bethany Jarvis, is Leah’s unwanted admirer Coach Davis. Bethany Jarvis also bears a striking resemblance to Leah and the attack occurred less than a mile from Leah’s home putting her right in the middle of the investigation.

Although interviewed by more than one police officer Detective Kyle Donovan becomes Leah’s primary contact on the case and it is to him that she reports Emmy’s disappearance. As Kyle continues to investigate, Leah gets pulled deeper into the case primarily because Emmy doesn’t seem to exist.

Loyal to Emmy, Leah uses her journalism skills to try to find and prove to everyone that Emmy is Emmy. But as clues are uncovered and facts revealed, Leah has to reevaluate her friendship with Emmy. Then Emmy’s boyfriend is found with his throat cut in the car she drove. Since Emmy doesn’t seem to be real and parts of Leah’s past that she hoped to hide becomes known she goes from potential victim to suspect.

The deeper she goes Leah finds that most of what she thought she knew isn’t real. She must find the real Emmy and determine if she is a victim or the orchestrator of a clever and deadly plan. With its many twists and turns this novel is hard to put down. It pulls you from page to page to finally uncover the truth. The library has this title in both regular and large print editions. 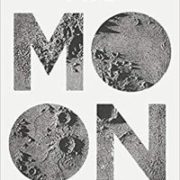