Stories about haunted houses have been told for thousands of years. According to my research, one of the first written haunted house stories comes from Pliny the Younger, sometime between 61 and 115 AD. Stories about hauntings have stuck with us for thousands of years, turning the comfort of our homes into entities with minds of their own. This is what Scott Thomas sets out to do in KILL CREEK.

Sam McGarver is a horror writer without a story to tell. He spends his days lecturing students on the craft of writing, but hasn’t published a novel in years. His marriage is falling apart, and he’s constantly haunted by his mysterious but gruesome past. But then, McGarver is approached by a man who calls himself Wainwright.

Wainwright, host of an online show about horror, invites McGarver and three other authors to spend the night in the haunted Finch House and do an interview about their craft. The other authors are Daniel Slaughter, a devout Christian who writes soul-saving horror for teens; Sebastian Cole, elder statesman and the most prolific author; and T. C. Moore, the lone woman of the group.

Drawn together by forces they don’t quite understand, the four authors meet in the supposedly haunted Finch House for the Halloween-night interview. Wainwright’s interview delves into the deeply personal, becoming more of an attack on the authors than a proper interview. As each author retires for the evening, they confront personalized evils, courtesy of the house.

After leaving the house, they find themselves haunted. Slaughter’s daughter dies in an accident, for which he blames himself. Moore is tortured by her abusive past. Cole dreams of a lost lover. And McGarver’s past returns again and again. Each author can only find solace when they write. And, unbeknownst to one another, they’re all writing the same plot. Drawn back to the house by the horrors in their own stories, the authors must face the evil they’ve awoken.

Each of the author-characters in the book depicts a specific genre of horror fiction and are based on big names of horror writing. Touches of R. L. Stine, Clive Barker, H. P. Lovecraft, Stephen King, Billy Martin (published as Poppy Z. Brite), and others shine through in the personalities of the four characters. Because of this, the characters, though perhaps bordering on stereotypes.

During a lecture about horror, McGarver outlines four aspects of a successful horror story: 1) Emanation from a single location, 2) Sense of forbidden history, 3) Atmosphere of decay and ruin, and 4) Corruption of the innocent. These are precisely the four elements Thomas puts his characters through in Kill Creek. However, Thomas seems to depend on readers believing that these elements are in place, never quite making them jump off the page.

What gives horror stories power is repetition. Stories must be repeated and feared in order to have power. Thomas relies on this fear-repetition cycle to keep readers engaged in the story. I wanted to know what fears the characters have, how the house will exploit them, and, ultimately, what forces lurk in Finch House.

But I wasn’t scared for the characters. I didn’t have trouble falling asleep after reading this book, which is one of my top markers of a successful scary story. In my opinion, the best haunted house stories feature the house as one of the main characters. But, for me, this is one area in which Thomas falls flat. The house simply didn’t scare me.

The first half of the book was hard to get through. The writing feels more amateur than the second half. For example, Thomas references Moore’s “black mane of hair” every time she appears on the page. She is repeatedly described in terms of her sex appeal. Naturally, the male characters are never discussed in such a way. Also, the various personality traits and tics of each person are overemphasized. McGarver grabs his scarred and tattooed arm at least a dozen times.

The climactic battle between the authors and the house didn’t feel dangerous and tense. My willingness to suspend disbelief stopped about halfway through. Yes, it’s a horror story with supernatural entities, but I still need it to be believable. Without spoiling too much, hatchets do the sort of damage that can’t just be walked off.

So, if Kill Creek isn’t spectacularly written, what kept me reading? The same thing that forces the authors in the story to show up to the interview in the first place: I wanted to know what was haunting Finch House.

My critique doesn’t fall in line with other reviews out there. In fact, Kill Creek won the award for the American Library Association’s Horror Book of 2017. But this just goes to show that I’m one reviewer with one opinion. Plenty of people out there really enjoyed this book. If haunted house stories are for you, then you should give Kill Creek a try. 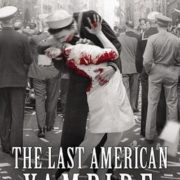 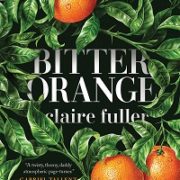 The Perfect Stranger by Megan Miranda
Scroll to top