Recently, the Joplin Public Library Board allowed me to attend the Public Library Association’s conference. Held every two years, this is the largest conference that specializes in public libraries. It has well-known keynote speakers and a host of workshops, all geared to those who serve in public libraries. It’s a wonderful week, even when it’s held in the winter in Philadelphia during its fourth major winter storm within a three-week timespan.

As much as I enjoy the sessions, however, the exhibit hall is a bibliophile’s wonderland. It is a paradise with all the major players and most of the minor players in publishing today. Then there are vendors with anything you can imagine related to libraries, library technologies and buildings. It’s a veritable paradise. (Ask me about scoring “Pete the Cat” socks!)

Exhibitors give away the usual convention swag — candy, pens, sticky notes, etc. But more importantly, vendors give away lots and lots of books! There are best-selling authors there signing their newest books; there are advanced reader’s copies of books yet to be published; and there are other books just being sold dirt cheap. Did I mention this is a bibliophile’s wonderland?

I received an advanced reader’s copy of today’s book. It will not be available until June 12, so Joplin Public Library does not have it — yet. “THE BOOK OF ESSIE” is a debut novel from MEGHAN MACLEAN WEIR, and the opening paragraph grabbed my attention: “On the day I turn 17, there is a meeting to decide whether I should have the baby or if sneaking me to a clinic for an abortion is worth the PR risk. I am not invited, which is just as well, since my being there might imply that I have some choice in the matter, and I know that I have none.”

Esther Anne Hicks — Essie is the youngest child of an Evangelical preacher who has become a reality TV star. Her family is the star of “Six for Hicks”, a show that has followed every aspect of the family”s life for more than a decade. Every moment in life is scripted by the show producers and Celia Hicks, Essie”s mother, and shown for the world to see.

Essie”s pregnancy presents a problem to the family”s television empire. The show is popular and followed by thousands. This type of revelation could endanger the empire.

What should the family do about Essie? Should they sneak her away somewhere for a private abortion? Should they pretend and pass off a new baby as the seventh Hicks child belonging to Celia, Essie’s mother? Or do they decide to boost their ratings even more with a blockbuster wedding?

While the family is making decisions about Essie”s life, she is quietly making plans of her own by pairing up with a student she knows only slightly, Roark Richards. Roark is a senior at her high school, and Essie knows about a secret he is trying to protect.

“The Book of Essie” is told by three viewpoints — that of Essie, that of Roark and that of Liberty Bell, an ultra-conservative reporter whom Essie has contacted for help.

The characters in the story are created layer by layer, and the story is revealed ever so slowly by peeling back the layers of the characters like onion skins, one thin revelation at a time.

There are tough topics dealt with in this book, and because of that, some who have read advance copies don’t care for it. They were fascinated and captivated, but they were upset by sensitive topics.

It covers reality TV and a fundamentalist fire-and-brimstone preacher with a secret-filled family, but to tell you more would be a spoiler, so I will withhold that information.

Reading the book will answer your questions just as Essie finds answers to her own questions. Why did her older sister leave home and never come back? Who can be trusted with the truth? Can she win her freedom? At what price will her freedom come?

This book is on order and should arrive shortly. In the meantime, Joplin Public Library has thousands of other page-turners that will keep you entertained or informed.

Jacque Gage is the director of the Joplin Public Library. 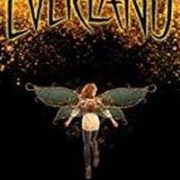 Pride: The Story of Harvey Milk and the Rainbow Flag (Rob Sanders, Illustrated...