EVERLAND was one of those books I got sucked into before I realized what it was about. I downloaded it in audiobook format from an online summer reading program for teens that I belong to.  (Yes, I realize I am a very old teen, but I frequently enjoy Young Adult novels.)

As I began listening to the story, I kept thinking,”This feels familiar.  It sounds like a mixture of PETER PAN by J.M. Barrie and NEVERWHERE by Neil Gaiman, along with some steampunk thrown in.”

London is in chaos. It has been destroyed in a blitzkrieg of bombs and disease. During the bombing of the city, a deadly virus that has no antidote has been released. Fast-acting, it kills everyone, leaving children, however, to a slower but still certain death.

Gwen and her two siblings, Joanna and Mikey, are some of the survivors trying just to exist.  Gwen must scavenge for food while avoiding the German Marauders who steal any child they can to take them to Captain Hanz Otto Oswald Kretchmer, who is looking for a cure for the virus he released.

In her foraging for food, Gwen runs into two other teens named Pete and Bella, who help her escape the Marauders by diverting the Marauders’ attention from Gwen to them, allowing her to run away.

This is when things began to click for me Gwen/Wendy, Bella/Tinkerbell, Pete/Peter, and Captain Hanz Otto Oswald Kretchmer, known by his initials, HOOK.

Gwen’s sister, Joanna, is snatched while Gwen is out searching for food.  Gwen knows that once a child is snatched, they never come back, so she decides to stop at nothing to get her sister back.

Pete and Gwen’s paths cross again, with Gwen finding out there is a whole civilization of Lost Boys living beneath the city of London.  She joins the Lost Children, and convinces them to join her cause to rescue her sister.

They join forces, but at what price?  Will they succeed in their quest? Will the virus kill them?  Is Gwen “The Immune”?

I’m “hooked” by now and hang on through the end of the book, hopeful for resolution.  Then, I realized this was the first book in a trilogy, with UMBERLAND and OZLAND finishing out the story.Â  While there is a bit of closure at the end of EVERLAND, it will take the whole trilogy for what I hope is a satisfying conclusion.

Joplin Public Library did not have this trilogy, but now does.  It is available in the New Book section of the Teen Department or at least will be available for check out after I finish the last two books! 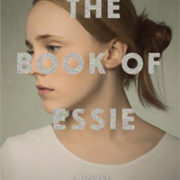