Lately I’ve been reading random things that catch my eye.  Some I’ve enjoyed, others not so much.  Here are some of the former.

TV writer (Seinfeld, Ellen, Wizards of Waverly Place) Matt Goldman penned his first novel last year, Gone to Dust. It features Minneapolis PI Nils Shapiro and is the first of what I hope will be a long series. Nils was a police officer for only a few weeks before being laid off. Instead of waiting for the promised recall he apprenticed with and became a private investigator.

Nils is a likeable character, a little snarky, tenacious, and hopelessly in love with his ex-wife. He is observant with a keen eye for details. He’s a little Monk-like in his ability to process what he sees and hears to make connections other don’t make.

In Gone to Dust he is called in to assist local police at the behest of academy alum and Edina officer, Ellegaard. The scene inside Maggie Somerville’s upscale Edina home is bizarre. Maggie is dead in her bed with no signs of forced entry. There won’t be much forensic evidence to offer clues so Nils and Ellegaard must search for clues in Maggie’s life and relationships. There are enough red herrings and clutter in this story to keep you intrigued.

The second in the series, Broken Ice, published in June and like the first novel has lots of twists and turns. If you’re a Robert Parker or Lawrence Block reader, try Goldman.

Novelist classifies my next book by Molly Harper as contemporary romance but I think it is family not romantic relationships that drive Sweet Tea and Sympathy. Margot Cary, an event planner in Chicago, is on the fast track to promotion when disaster strikes. Everything is set and going beautifully until Margot discovers the chef has ignored the carefully chosen menu and served shrimp. The client for the event is highly allergic and the flamingos who are there as unobtrusive backdrop love shrimp.

The ensuing calamity costs Margot her job and makes finding another position in her chosen field impossible. One step away from becoming homeless Margot gets a call from a relative she didn’t know existed. Margot’s mother left her father when Margot was only a few years old and she hasn’t had contact with the McCready family since. What Aunt Tootie offers, a job and a place to live, Margot can’t refuse.

Margot is planning her escape before she even begins her job on the funeral side of the McCready Bait Shop & Funeral Home. But life in the small Georgia town of Lake Sackett begins to grow on her as does her fondness for the McCready family, well except for her estranged father. Margot also finds Kyle Archer, a widower with two girls, hard to ignore.

The appeal of this book is the quirky characters and small town life Margot comes to know. This is a light-hearted look at a city girl changing and adapting to life with a big family in a small southern town. The library has this in both regular and large print editions.

Deadly Proof by Rachel Dylan also has some romance but it’s a legal thriller. Kate Sullivan is part of a class-action lawsuit against Mason Pharmaceutical.  She has just been appointed lead counsel for the group and how she does with the first trial will determine how the other litigants fare

Kate’s team is searching for the smoking gun that will show the company knew about the deadly side effects but released Celix anyway when a whistle-blower comes forward. Kate hires PI Landon James to check out the veracity of the witness. Before he can begin his investigation the witness is murdered. The death appears to be a mugging gone wrong but Landon suspects otherwise. Kate is warned off the case then attacked. Landon steps in to become both investigator and bodyguard. To complicate things Kate’s opposing counsel is a friend. She slowly realizes he is desperate to win and may be withholding crucial evidence.

This novel is fast-paced and intense but it has its quieter moments. Kate’s faith is strong but Landon feels abandoned by God. There are discussions on faith and belief flowing through the story but they don’t diminish the intensity. If you like Irene Hannon and/or Terri Blackstock books, you should try this first book in the Devoted Defender trilogy. 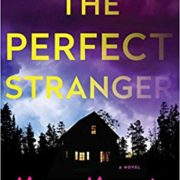