As I mentioned in my most recent review, I challenged myself to read the Coretta Scott King Award honorees this past February as an attempt to diversify my reading and celebrate Black History Month the best way I know how to celebrate anything: by reading.

The second honoree I read was VARIAN JOHNSON’s middle-grade mystery “THE PARKER INHERITANCE.” Upon first glance, one might expect Johnson’s newest novel to be a typical mystery in the vein of Nancy Drew, the Hardy Boys or one of their more modern shelfmates. As the young, black protagonist Candice Miller discovers, however, there is often more than meets the eye when it comes to books, towns and people.

Twelve-year-old Candice doesn’t want to move back to her mom’s hometown of Lambert, South Carolina, but she’s not left with much of a choice after her parents’ divorce and the financial imperative of renovating and selling their own home. At first, the small Southern town is boring, and Candice is angry that she’s missing out on spending time with her real friends in Atlanta. She is butting up against her late grandmother’s reputation in the town, which is not great, to say the least. Ten years prior, her grandmother bet her job, reputation and, in the eyes of some, the reputation of the entire black population of the formerly segregated city on a mysterious letter that allegedly led to a small fortune buried somewhere in town.

One hot and boring afternoon, Candice and her new friend Brandon are digging through the attic when they come across a letter written to her grandmother with the inscription, “Find the path. Solve the puzzle.”

Out of pure interest, as well as an indirect obligation to her grandmother, Candice and Brandon embark on a wild goose chase led by a secret benefactor throughout present day and 1960s-era Lambert, uncovering family secrets and racial strife that continue to strain relationships among family, friends and neighbors.

With its mysterious and wealthy benefactor, series of puzzles, and a problem that can only be solved by a duo of preteens, “The Parker Inheritance” would be a welcome addition to any mystery fan’s shelves. However, nothing about Johnson’s novel feels boilerplate or redundant, a fact that can be explained by the realistic family drama, racism and relationships that Candice endures during her South Carolina summer. In addition to a fractured relationship between her late grandmother and the entire population of Lambert, Candice struggles to navigate her parents’ divorce and the truth about what her father is up to back home in Atlanta. She also worries about her new friend Brandon, and the bullies who make his life miserable enough that he plans his schedule around their own.

At first, the series of puzzles feels like a welcome reprieve from regular life, but it becomes much more than that as Candice and Brandon come to understand its importance to their families and their town.

With “The Parker Inheritance,” Johnson has also written a family and relationship drama as intriguing as any Judy Blume, Raina Telgemeier or R.J. Palacio novel.

A must-read for fans of puzzle mysteries, realistic fiction and diverse perspectives. 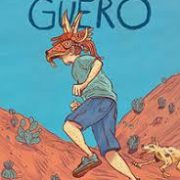 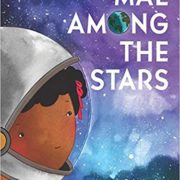 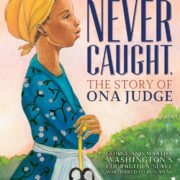 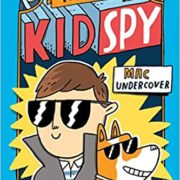 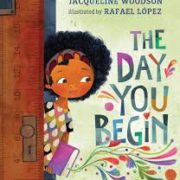 Just Peachy: Comics about Depression, Anxiety, Love, and finding the humor in...