Emily St. John Mandel is a name that many readers may already be familiar with, as the Canadian born writer has been gaining notability (and awards, television adaptations, Best Seller list recognitions, among others) for the last several years. Mandel’s fourth novel Station Eleven, received a nomination for the National Book Award (alongside other accolades), and HBO Max released a limited mini series adapted from the book. Mandel’s fifth novel The Glass Hotel likewise garnered award nods and television adaptation interest. Mandel’s newest novel, Sea of Tranquility, examines the idea of time travel and reality, and is no exception to popularity. Debuting at number 3 on The New York Times Best Seller List, and winning the 2022 Goodreads Choice Award for Science Fiction, Sea of Tranquility was a great way to end my 2022 read list.

Now that I’ve thoroughly swayed you on the impressiveness of Mandel’s oeuvre, moving on to the book itself…

Mixing science fiction with speculative fiction, Mandel examines what it is to find meaning and beauty in a life that is always changing, and when time is always passing. One of my favorite aspects of the novel is its structure: Sea of Tranquility follows the storylines of four main characters, their lives taking place hundreds of years apart. The novel first introduces Edwin St. John St. Andrew in 1912. An English native, Edwin is sent away to Canada by his family at 18 years old following an ill-timed truth shared at a dinner party. Traveling alone to the Canadian wilderness, Edwin ponders what has become of his life and what he is to do now. On a walk in the forest Edwin experiences a simultaneous flash of darkness, the sound of a violin, and a whooshing sound that is like nothing he has experienced before, and it truly unsettles him. Shortly after this experience Edwin meets a man that introduces himself as Gaspery Roberts, who disappears before Edwin can satisfactorily speak with him.

The novel next moves to Mirella in the year 2020. Mirella is in a relationship she isn’t sure she wants following the suicide of her husband. Much like Edwin, Mirella seems lost and searching, but for what, she isn’t sure. Mirella is unable to move past the reason for her husband’s death, an investment that turned out not to be an investment at all, but fraud that ruined his life and savings. The wife of the man responsible for this fraudulent case, Vincent, is an old friend of Mirealla’s whom she was previously unkind to, and now wishes to rectify her misgivings. Mirealla tracks down Vincent’s brother, only to learn Vincent is dead. She also meets Gaspery Roberts, who is interviewing Vincent’s brother about a flash or darkness, the sound of a violin, and a whooshing sound Vincent caught on tape.

It is now the year 2203 and the novel introduces Olive Llewellyn. Olive lives on the second moon colony but is visiting Earth on a book tour for her most recent and popular book. Olive seems to be only half invested in her tour, her mind on her daughter back home and the fact that she can’t remember her current hotel room number, as there has been so much change happening. Is this tour what she wants, and how does she handle all of the change her most popular book is bringing about, both for her and her family? Olive then does an interview with Gaspery Roberts, who is interested in a particular scene in her new book: a flash of darkness, the sound of a violin, and a whooshing sound.

The final character the book shifts to is Gaspery Roberts himself. Gaspery lives in the Night City in the year 2401, and works as a hotel detective. Gaspery is tasked with investigating a series of strange anomalies, individuals that have experienced a flash of darkness, the sound of a violin playing, and a whooshing sound. Gaspery, like the other characters, is grabbling to find peace and comfort in a life that has been shaken and is changing, and not necessarily for the better. “But what makes a world real?” Gaspery ponders, often exploring the idea of living in a simulation, “If we were living in a simulation, how would we know it was a simulation?”

While time travel and details like the habitation of the moon definitely lend this book to Science Fiction, Mandel focuses on these aspects as much as one might say Kazuo Ishiguro does in Never Let Me Go, or George Orwell in 1984. Mandel has a way of utilizing lyrical, thought provoking prose when least expected, and presenting big questions relatable to her characters and readers alike. 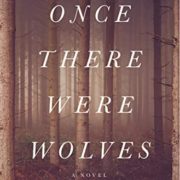 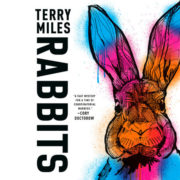 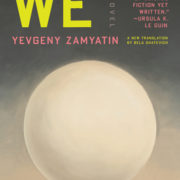