As of late, I have been on a romance reading kick. If you would have asked me several years ago if I liked romance, I’d have answered in the negative, but that opinion was not really based in fact. I had read few romance books at that point and thought they were all about the sex scenes. What I have discovered in reading more romance titles is that, while some do have pretty elaborately described sex scenes, most are focused on the relationship and connection that develops between two people, and the majority have a happy or uplifting ending.

I think I have needed these “everyone lives happily ever after” endings to balance out the other stressful things happening in my life over the past few months. So if you are looking for some lighter fare during this time, here are some options:

In the “BROMANCE BOOK CLUB” by LYSSA KAY ADAMS, Major League Baseball player Gavin Scott went from being on top of the world — thanks to hitting a grand slam in one of the biggest games of his life — to having one of the worst nights of his life, discovering his wife had been faking it. He throws a giant fit, moves to the guest room and refuses to talk to his wife, Thea, about their issues. So she asks him to move out.

Holed up in a seedy hotel room, drinking his emotions away, Gavin is introduced to a secret male book club where his friend and teammate, Del Hicks, and other high-powered movers and shakers in Nashville get together, read and discuss romance novels, using them as “manuals” to better understand their wives and girlfriends.

Gavin thinks it’s a crazy idea, but after Thea asks for a divorce, he is willing to try anything. He starts to read a Regency romance novel called “Courting the Countess” and is soon putting his newfound knowledge to use trying to win Thea back.

I could not put this second chance romance down. I read it over the course of a weekend and loved every minute of it. It made me laugh out loud several times, and while the character development was quick, I felt like I got a good sense of most of the characters. The subject matter was serious, but the book had a positive, energetic feel to it — light, fluffy and full of emotions that were easy to identify with.

In “BEACH READ” by EMILY HENRY, lead character January Andrews is struggling. Along with the loss of her father, she seems to have lost her picture perfect life too. First, she discovers her father was unfaithful to her mother. And then, her boyfriend breaks up with her. As if that was not enough, she develops a serious case of writer’s block.

With her bank account about to become overdrawn, she has little choice but to pack up and leave the city for the one option she has — a beach house her father left her. Unfortunately, it’s the place he shared with his mistress, but January is desperate, so she resigns herself to staying there until she is finally able to complete the novel she has been promising her agent for months.

Little does she know she is about to run into a former classmate and fellow writer Augustus Everett. Gus lives in the neighboring beach house and is also working on a novel. The two get off to a rocky start — her yelling at him to turn the music down and him making cutting comments about her — but they soon call a truce.

And more importantly, they make a bet about writing. He will write something happy, and she will write a more realistic-type Great American Novel. The loser will have to write a blurb for the winner’s book. As part of their deal, their weekends are spent on research together. Gus is in charge of Friday nights, and January is in charge of Saturdays. What ensues are a lot of datelike outings, and eventually, January is on the brink of breaking one of the rules Gus set at the beginning — not to fall in love with him.

The plot is somewhat predictable, but it does not detract from the book’s readability or the chemistry between the characters. It is a lovely, compelling title. Both characters have had their hearts broken, though in different ways, and they use their time together to heal, build a relationship and develop new writing skills.

And if you are looking for additional romance titles, here are a few more:

• “The Overdue Life of Amy Byler” by Kelly Harms

• “The Kiss Quotient” by Helen Hoang

• “The Bride Test” by Helen Hoang

• “The Sun is Also a Star” by Nicola Yoon 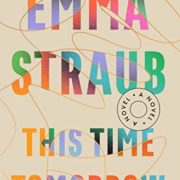 This Time Tomorrow by Emma Straub 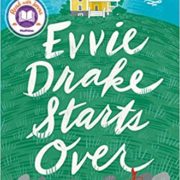 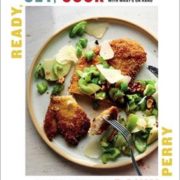 The Book of Dust Trilogy by Philip Pullman
Scroll to top