Letters from a Nut by Ted L. Nancy

Spooked!: How a Radio Broadcast and The War of the Worlds Sparked the 1938 Invasion of America by Gail Jarrow

April Fool’s Day is one of my favorite holidays.  It’s shenanigans of the highest order and delicious entertainment when practiced appropriately.  Half of the fun is planning–brainstorming ideas, choosing a “recipient”, fleshing out details, gathering supplies, lying in wait.  Small-scale or grand in scope, there’s nothing like a well-executed April Fool’s joke.

What happens when you spread your prankish master plan across the country?  Read Letters from a Nut by Ted L. Nancy to discover the possibilities.  Both the title and author have a ring of bogusness to them and for good reason.  They are the products of comedian Barry Marder who in the mid-1990s mailed many, many fake (and hilariously bizarre) customer service letters across the world to corporations, magazines, entertainers, universities, government officials, airlines, hotels, casinos, sports teams (to name just a few).  The original letters and any responses were collected into a book popular enough to spawn 6 sequels. (Yes, that’s right–6 volumes of side-splitting, asinine letters accompanied by replies from their perplexed recipients.)

Some of my favorites are the silliest letters or the least expected replies.  Nancy offers himself to Ringling Brothers and Barnum & Bailey Circus describing a ludicrous, one-man show; the circus calls his bluff and asks for video submission.  A letter to the Ritz-Carlton Hotel warns of an upcoming business meeting with Nancy dressed as a ripe banana; the hotel’s polite reply references its formal dress code.  Even the King of Tonga isn’t spared (see the book’s final entry). Letters from a Nut, like comedy in general, is better enjoyed at face value rather than dissected.  Read this out loud, as suggested in its introduction. It’s most easily accessible for an adult audience primarily for the sense of humor and generationally-dated references and to a smaller extent for content.  Otherwise, you might try the title on a high school student who enjoys dry humor in historical context.

Sir John Hargrave’s Mischief Maker’s Manual claims “this book is so awesome it is illegal in 13 states”.  Whether you buy that or not, it is a prankster’s dream!  Written and arranged in the style of a D.I.Y. manual, it groups practical joke ideas by mischief level and subject matter (“Classic Capers”, “Bathroom Basics”, “Startling Contraptions”, “Surprise Food”, “Experts Only”).  Each entry includes description and instructions for the prank, black-and-white illustrations, safety tips, along with a breakout box outlining supplies, budget, time, success rate, and “mischief level”. The text is aimed at an upper elementary/middle school audience but is easily enjoyed by high schoolers, adults, and evil genius types.

One of the manual’s best parts is its focus on humane pranking practices.  The author advocates for ethical joking in “The Prankster’s Code” which stresses avoiding self-harm, bullying, and property damage.  Caution boxes accompany each entry, and Hargrave addresses potential negative outcomes in the “Trouble” chapter including sections on “The Eight Steps of Confession” and “Worst Likely Scenario” (“if you’re unwilling to live with the worst likely punishment, then you shouldn’t do it”).  Despite the safety alerts, keep an eye out for some of the expert-level stunts calling for the use of dry ice or an air compressor.

With great pranking comes great responsibility.  Practical jokes–small or large–can fall flat or worse.  Spooked!: How a Radio Broadcast and The War of the Worlds Sparked the 1938 Invasion of America relates the nationwide panic caused by the infamous Mercury Theatre radio play.  (For folks unfamiliar with it, the play is a convincing adaptation of an H.G. Wells science fiction title describing a Martian invasion of Earth.)

Gail Jarrow, author of Spooked!, offers a fantastic examination of this collective freakout.  She presents a detailed account of the broadcast, its creation, and its reception along with background material on the major players and the original H.G. Wells work.  She places the event within historical context, explaining the national mindset at the time. Her research is top-notch, full of primary sources, and seamlessly translates to interesting, accessible prose.  The text is accompanied by a range of engaging illustrations–sepia drawings, period photographs, newspaper clippings, telegrams. Brightly colored spreads summarize the play and highlight quotes from letters reacting to the broadcast.  A festive timeline, resource links, source notes, and a thorough bibliography round out supplementary material. Jarrow neatly ties up the package in her final chapter describing mass hoaxes from the 19th century to today, cautioning readers about gullibility in the age of viral videos and social media.  This is fun non-fiction for middle school and high school students plus adults interested in history, hoaxes, or classic radio.

I’ll be enjoying the hijinks of our Middle School Book Club on April Fool’s Day, and I can’t wait to see what they have planned.  May your holiday contain just the right amount of shenanigans. Remember–please prank responsibly! 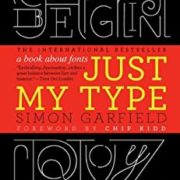 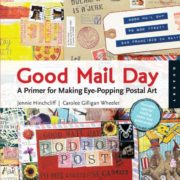 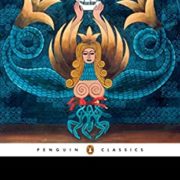 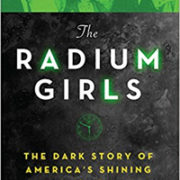 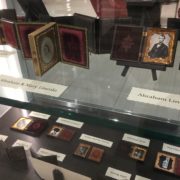