The heavy subject matter of the World Trade Center bombings of September 11, 2001 is here portrayed through the eyes and experiences of four middle school children. Beginning with typical day-in-the-life angst of a middle schooler, albeit individuals with some trauma in their past, the author leads us to the culminating event of the planes crashing into the World Trade Center and Pennsylvania and then skips ahead a year to neatly tie the storylines together.

Have you ever been to an airport and spent time people-watching? Have you seen a face you thought looked familiar and wondered where you’d seen that person before or noticed someone then sat beside them on your flight? This story begins with the unlikely intersection of four middle schoolers in Chicago’s O’Hare airport. Their lives briefly touch, then split apart again, continuing their individual journeys.

Sergio is a tough, battle and life-scarred inner-city kid who has recently returned from an award ceremony in Chicago. When his mostly absentee father shows up and causes a gut wrenching scene with Sergio and his Grandmother, Sergio decides he can’t handle school that day and instead takes the day off. Sergio’s impulsive decision directly leads to what will become a personal connection with the bombing response.

Will’s father was killed in a car accident a year ago. Will, his mother and two sisters are returning from a trip to Disney World paid for by well-meaning community members. Struggling to make sense of the senseless tragedy that took his father’s life, Will just wants everything to be the same as it was before the accident. Fate allows Will to find connection in his grief and begin to heal after he witnesses the Pennsylvania plane crash.

Naheed is tired of being questioned about her faith and her head scarf. When terrorists attack the United States, she and her family struggle with the national grief that everyone feels but their grief is compounded by those who would attempt to diminish their experience because of their religion and culture. Naheed fears for her personal safety and the safety of her family until she is championed by those who understand hate and violence never solve anything.

Aimee’s mother has a new job that uproots her family and plants them in California. While she is struggling to assimilate into a middle school full of sunshine and suntans, Aimee is struggling with the seemingly vacant and dismissive attitude of her mother. When a new friend suggests Aimee’s parents are divorcing, Aimee’s anxiety skyrockets until she can’t take anymore. She and her mother have a very strained call the evening of September 10. Feeling regretful the next morning, Aimee calls her mother from Los Angeles at 5:30 am Pacific Time to New York City, 9:30 am Eastern Time, where her mother is headed for a business meeting at 1 World Trade Center.

Nora Raleigh Baskin marches her characters toward an event no-one could predict and illustrates how the national tragedy of September 11, 2001 impacted ordinary lives. According to the author, the story was written in a way that is relatable to middle schoolers because they weren’t alive in 2001. In order to more intimately absorb the importance of what happened on that eventful day Ms. Baskin has effectively unfolded history through the eyes of characters, relaying emotion, thought, and experience as if the event had happened yesterday.

The subject matter in this book will always be disturbing however the story is told. This book is appropriate for children 4th grade and up. It is important to share this book because we must never forget this event, those who died that day, and the impact it had on the nation. We must always remember, “Those who fail to learn from history are doomed to repeat it.” – Sir Winston Churchill. 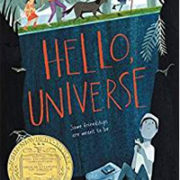 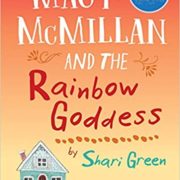 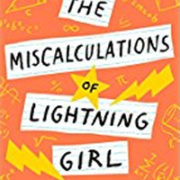 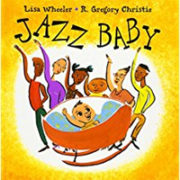